1980, PASS CHRISTIAN, MISSISSIPPI: It is three in the morning when Bobby Western zips the jacket of his wet suit and plunges from the Coast Guard tender into darkness. His dive light illuminates the sunken jet, nine bodies still buckled in their seats, hair floating, eyes devoid of speculation. Missing from the crash site are the pilot's flight bag, the plane's black box, and the tenth passenger. But how? A collateral witness to machinations that can only bring him harm, Western is shadowed in body and spirit—by men with badges; by the ghost of his father, inventor of the bomb that melted glass and flesh in Hiroshima; and by his sister, the love and ruin of his soul.

I give this book 4 out of 5 passengers. Stop reading here if you're wary of spoilers.

Cormac McCarthy is back after a 16 year hiatus to excite us into existential fear-shits with his latest offering The Passenger. This is part one of a two-part book explosion, with Stella Maris publishing a few weeks from now. This dude is like 90 years old and still pumping out books, unreal.

I'm going to be honest; I read this book over the course of three days where my body was fighting off a bacterial infection + reacting to antibiotics so I sort of just let the book hit me and tried to grab onto whatever I could as it scraped against my face. If you want a much more holistic review of the book, you should check out my favorite book review site The Reading Project and enjoy a well-crafted review which tackles the overall theme of the book and provides useful insights.

If you're sticking with me though, let's dish: 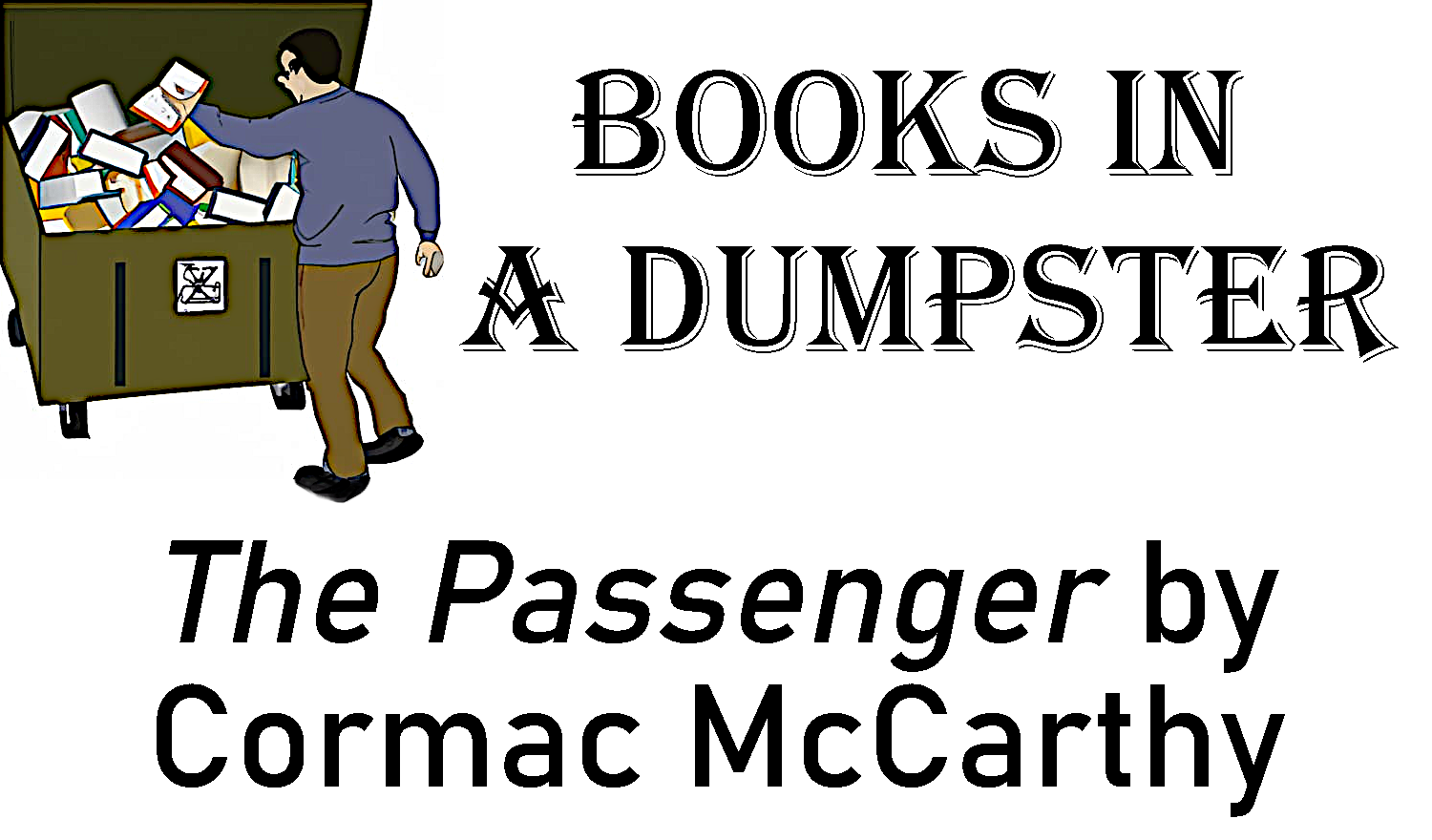 So, Bobbo Western was banging his sister, Alica. Full-on, like Jamie and Cersei, bangin'. I think there's some speculation if their relationship was actually physical or not, or if brother and sister just loved each other a little too much but they both lived these chaste lives of raging hard-ons that they supressed by like punching the wall or walking into a freezing ocean or whatever like an old Victorian novel.

nah, i don't think so. They were bangin'.

Anyway - Bobby Western is in love with Alicia. Alicia killed herself. Bob just kinda wanders around the world now, living as a salvage diver and sort of allowing everything to happen to him somewhat passively. Maybe Bobby is The Passenger...in life. Get it? Get it? 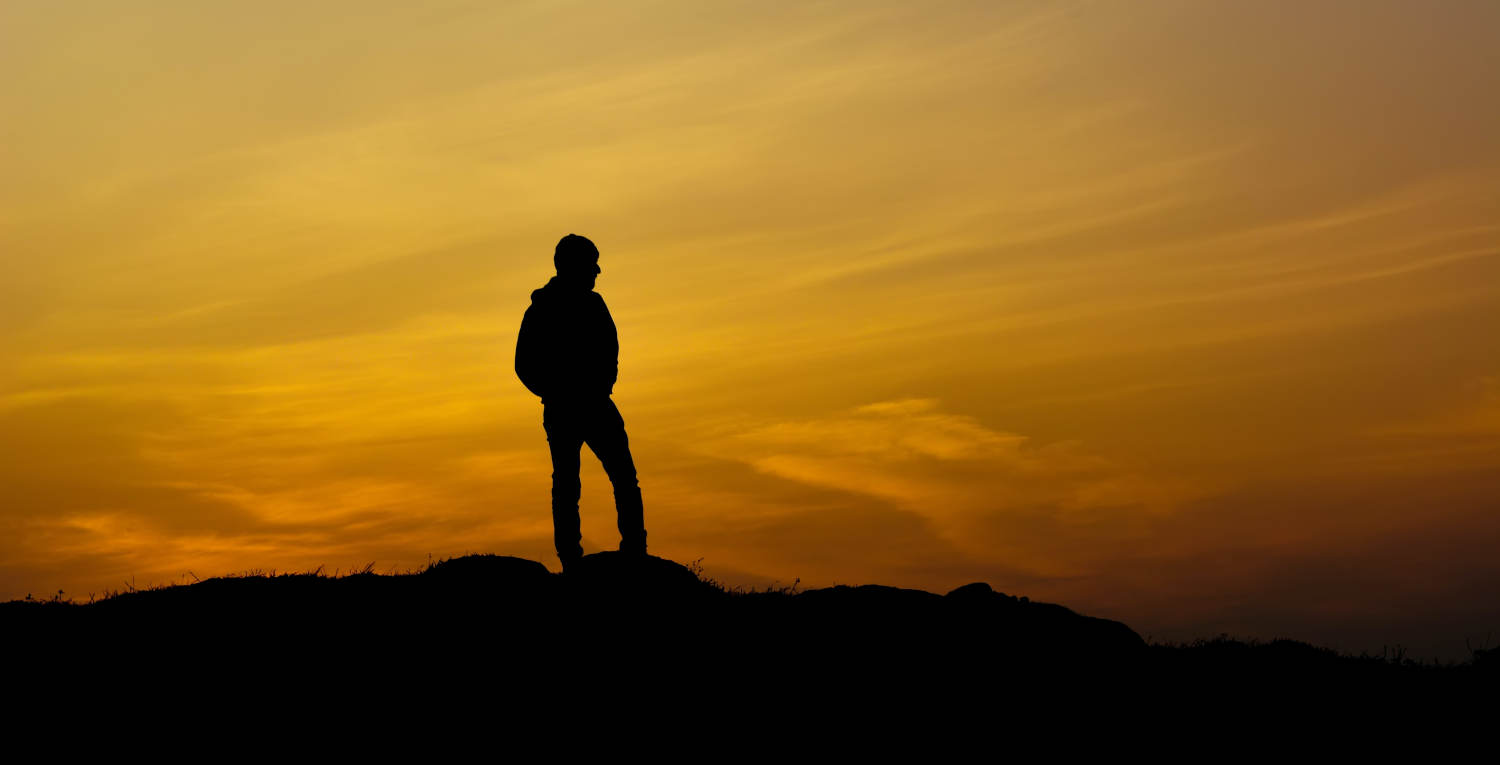 "Am I just riding through my own life on autopilot?" - Bobby Western, if a shitty writer wrote this book.

Bob goes on a dive where him and his crew are supposed to check out a plane that went down. Quickly they realize shit seems fucky and that someone has already been in the plane. The black box is missing. Someone is missing who is listed on the manifest or whatever. Maybe this missing person is The Passenger because, well, yeah they were actually a passenger on a plane.

Bob lives in NOLA, I think. I can't remember perfectly. I think he lives in Nawlins and he spends most of his free time at cafes and bars. This is really the only thing that still stands out to me in detail; how much time Bobby spends drinkin' booze and eating burgers and drinkin' coffee with friends. God, I miss that. I feel like I've been trapped inside my apartment for three years with no end in sight. Maybe I'm The Passenger in reality. When was the last time I grabbed an Americano with a friend of mine and shot the shit for an hour? When was the last time you did it, dear reader? 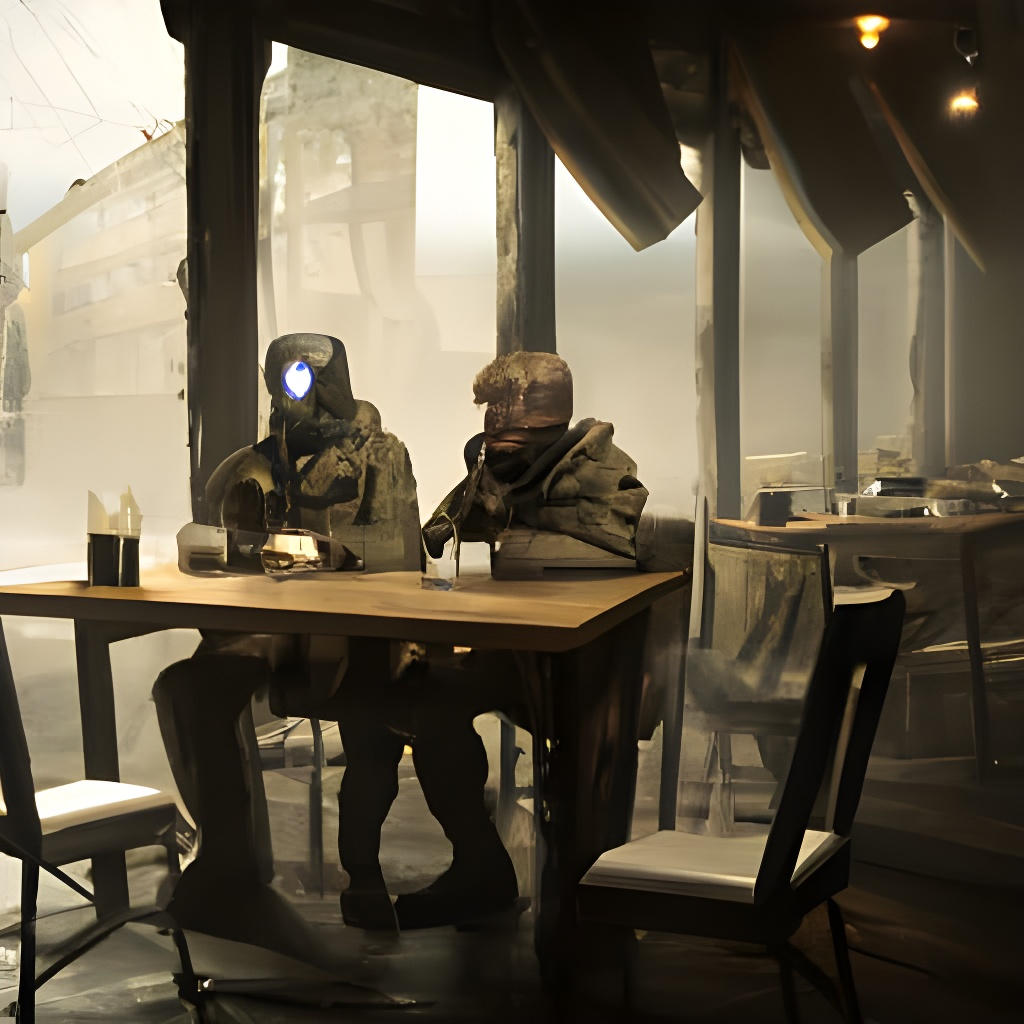 Just a couple of buds hangin' out at a coffee shop during the apocalypse.

Bobby and Alicia's father was one of the dudes who worked on the Manhattan Project and created the atomic bomb. This is supposed to haunt both of them, and I guess it does. We see lots of flashback scenes of Alicia in like her attic or dormitory or somewhere like that, hallucinating a cast of characters led by "The Thalidomide Kid" who was a Thalidomide baby that survived and is now horribly deformed. He might be an actual penguin-man hybrid, though? I'm bad at reading comprehension and Mr. McCarthy barely even gives punctuation to work with. Bad combo, there.

Alicia is supposed to be like one of the smartest people alive, trying to figure out some weird physics problem or something, I'm not sure. I don't think it matters. You get the idea. She's literally hallucinating in solitude, her mind crunching numbers and creating its own stimulation as an unhelpful by-product. Eventually this all ends for her with a length of rope and a tree. Shit sucks. 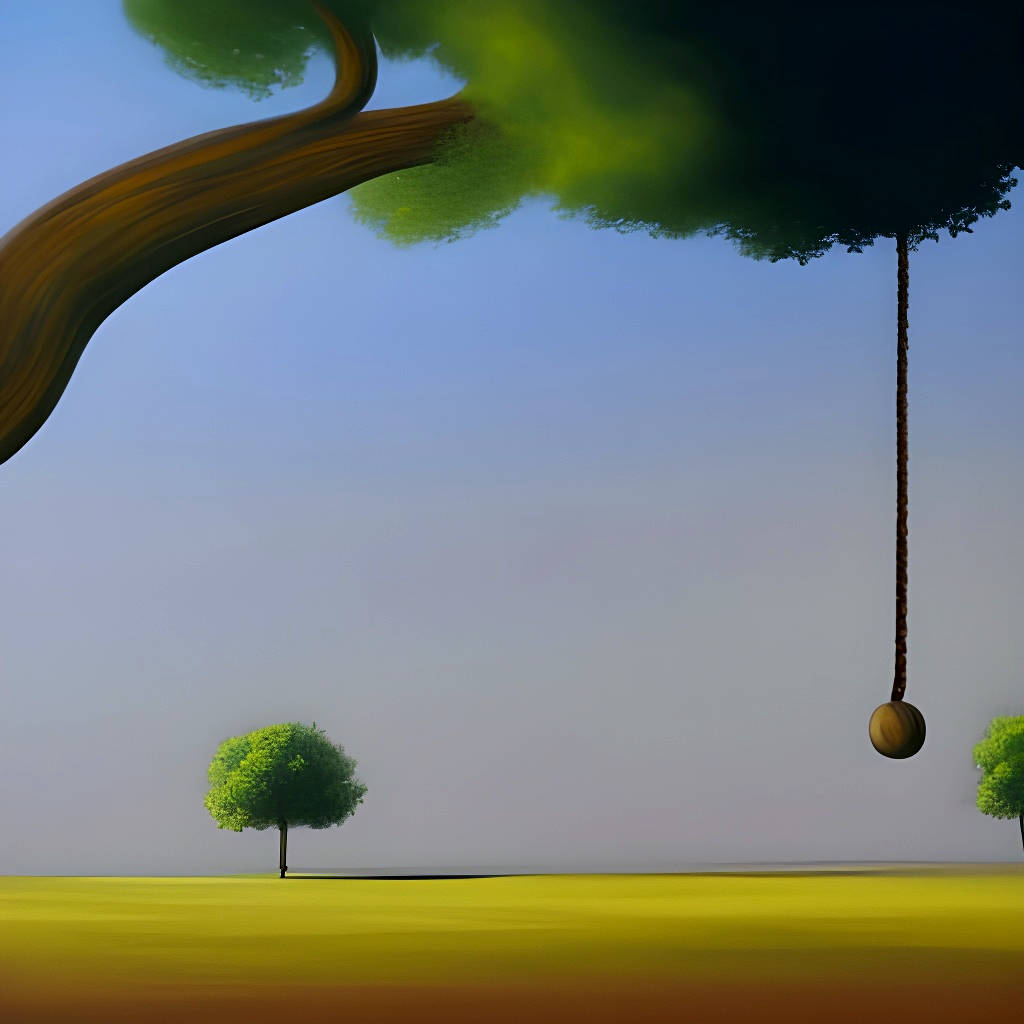 Bobby gets caught up in this sort of thriller-novel-esque storyline where the feds want to know about the downed plane or whatever. They interrogate him, they ransack his apartment looking for evidence (or someone does, at least) and his crew who went on the dive with him end up dying somewhat suspiciously. But the great trick that McCarthy does here is presents all of these things as plain happenstance.

These events happen to Robbie and he reacts to them, but there's no sort of panic-stricken action sequence. There's no self-pity, no harrowing escape runs, no looming dread. Bobby just ambles about doing things; his apartment is searched so he discreetly moves to a new one. He finds out one of his friend dies and he just goes like "ah man that sucks" and drinks a coffee. 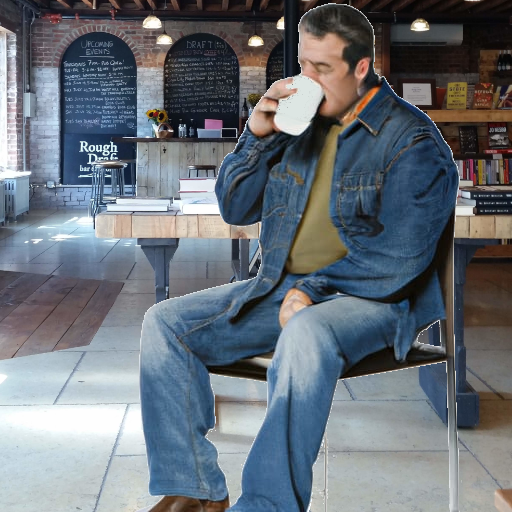 This is McCarthy's masterful sleight of hand; where someone who read The Road might expect an apocalyptic doom-fest of a book with The Passenger, we don't get anything remotely like that. The world is still spinning as she is wont to do. Lots of small tragedies happen, but life moves on. But not for Bobby Western.

Bobby Western is dead. Not literally, like his sister Alicia. Just, spiritually, mentally, emotionally. Alicia took her own life and also took Bobby's in the passing. Bobby now merely exists, a stoic sad boi who is only slighty more inclined to stay alive than to perish. Western is a hopeless man in a world still functioning. This is nearly the antithetical position of the Man from The Road who is the ever-hopeful flame in a world completely, entirely covered in darkness.

Lets Talk About the Cover 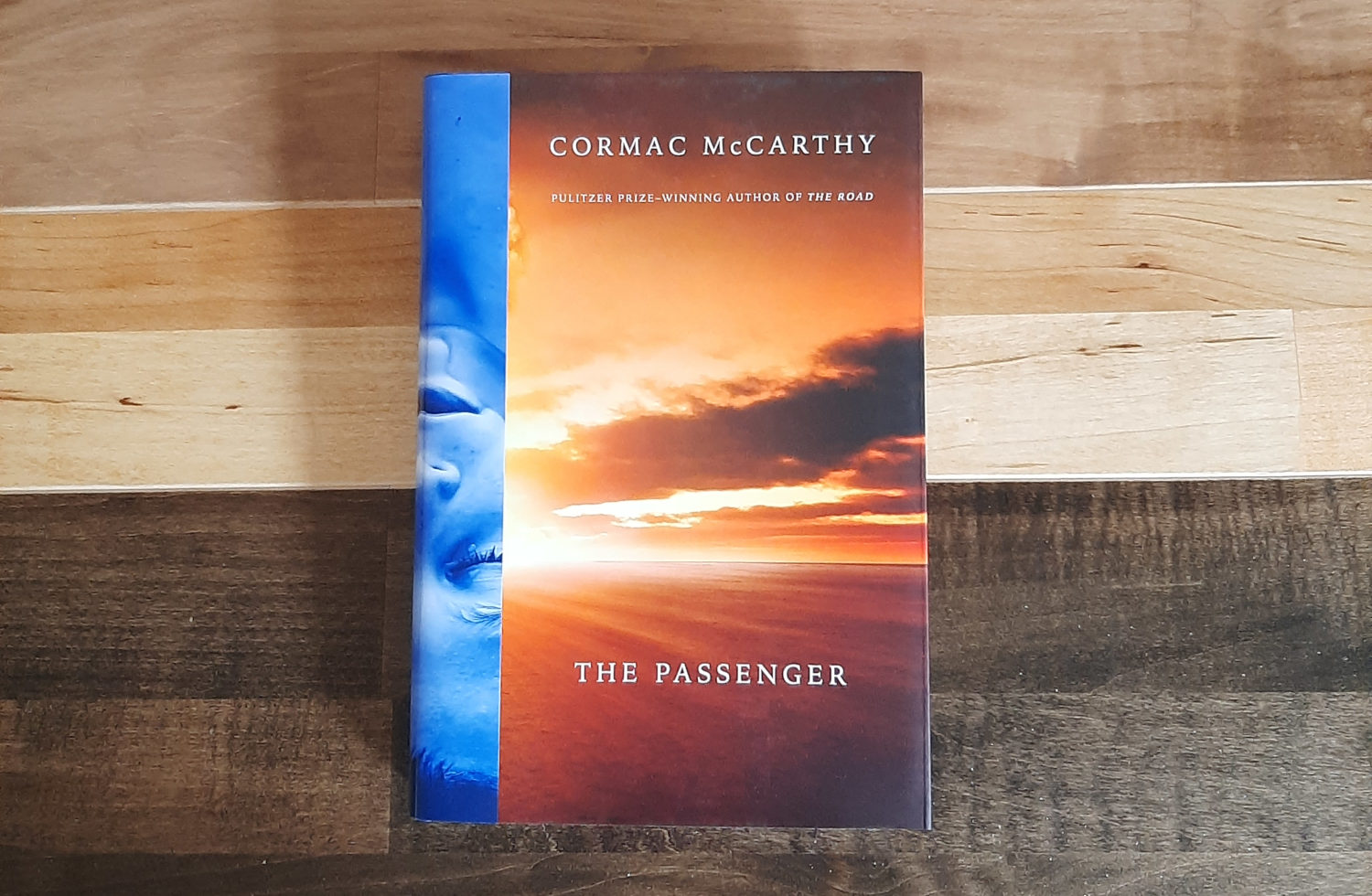 Man, this cover is just absolute trash. As other commentators have pointed out, it looks like the cover of a religious pamphlet you'd see being handed out by weekend missionaries outside the arcade entrance of a mall, where all the mallrat kids smoke and try to stab each other.

Supposedly the image depicts a nuclear explosion, not a sunrise as first glance suggests. Sure, sure. I get it. Dad made the bomb. Everything sucks now. Fine.

But it still looks like a sunrise. And there's some Laura Palmer dead chick face right next to it, hard juxtaposed. It's just...bad. It's bad. It's a bad cover. The book is good, the cover is not. I don't think there's really any getting around this.

The international cover is a lot better, if totally generic: 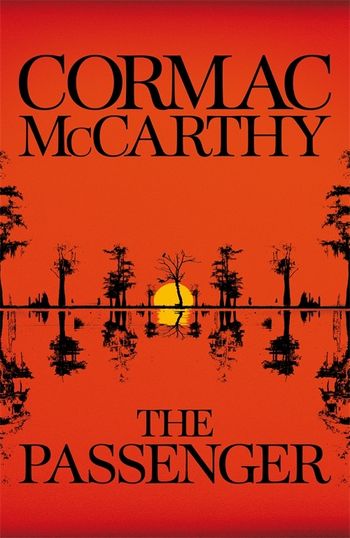 Ol' Cormac kinda has a reputation for writing extremely bleak and depressing one liners when describing things or just having the characters say extremely dark or odd things because that's how people talk in his worlds. These, fondly, are known inside my brain as "Classic Cormackers" and The Passenger does not disappoint. Here's a few I wrote down while reading, though this is by far not all of them (and this doesn't include probably the classickest of Cormackers in the entire book):

"There are not static problems since there are no static things."

"In my experience people who say no matter what seldom know what what might turn out to be. They dont know how bad what might get."

"He waited for many years to hear from God what it was that was expected of him. What he was to do with his life. But God never said."

"I live in a windmill. I light candles for the dead and I'm trying to learn how to pray."

"His is a world of blood and slaughter and the screams of men and animals all of which he has little understanding of."

I really enjoyed reading The Passenger and if you already like McCarthy or you're in the mood to feel a general, undirected sadness vibe, I think this is the book for you. I guarantee you'll be looking up obscure words and enjoying a dark chuckle to yourself at least once or twice during your read-thru.

Buy the book at Bookshop here.

The aforementioned Reading Project site has a great review of this, and hundreds of other books. Check them out, read a review, submit a review, change your life, become a cool person, etc.

There's a good couple of reddit threads by the weirdos in r/cormacmccarthy about this book, with really great details pointed out and themes and callbacks to previous books and hallucinations of mathematical geniuses. I'm linking the main "Whole Book Discussion" post here, but poke around the subreddit and enjoy.

I'm mildly disappointed that the book had nothing to do with The Passenger by Iggy Pop but life goes on. Maybe Iggy was The Passenger the whole time??

The next book to be reviewed, hilariously will not be Stella Maris because I'm still waiting for my shipment to arrive from Bookshop.org. So, we will be reviewing No Logo by Naomi Klein.