16 Years and a Few Thousand Miles

It's something like 9:00 at night and I'm at my childhood home running around piles of leaves that are stacked throughout our front and side yards, the crisp November air making my breath fog out of my mouth like a spazzy, out of shape dragon. I'm chubby but athletic, having played sports and skateboarded since I was six years old. After a certain number of laps I go back inside, my mother asks why I'm so sweaty. "I was running, ma" I say to her between panted breaths.

"You can't just go running, you don't have a running body," she says. Words I will not forget.

I'm still in my hometown, running around the paved path around the town pond. A central hangout spot for kids and teenagers, I was no stranger to late nights at the pond. Memories of one of my friends climbing an empty flagpole to the top, all of us panicking as it started to bend, and finally escalating into full-blown hysteria when the pole collapsed and my friend rode it to the ground and stepped off of it casually, completely unharmed. We all ran to the back entrance of the pond, down into the suburb streets and decided to hide out for a few hours.

But here I am, passing that same back entrance, my breath ragged and uncontrolled. I'm in a lot better shape now, skateboarding and parkour with a better diet have made me shed pounds but I still have no idea how to pace myself and have no hard-earned base endurance to rely on. I'm running laps at the pond because I signed up for a 5K and I figured it'd be good to have a few training runs under my feet. The 5K is on Saturday, and it's the Monday or Tuesday beforehand. I end up running the race well, finishing somewhere around 100th out of 1000. It was mostly a chaotic hellrun with no breath to spare the entire way for me.

And now I'm running around my neighborhood for the last time, covering distances I would've previously thought impossible, but thanks to killing myself over and over during skateboard sessions I have a seemingly unending amount of gas in my tank. I run the train tracks of the neighboring town and come across a gigantic factory of some sort, lights blazing and machinery whirring loudly; I can't even hear the music in my headphones. There's a few workers on the roof of this mechanical beast and they look at me, a quiet runner plodding along in relative darkness on the dead railroad tracks. They think I'm crazy. I probably am. I turn up a road that I recognize and decide to keep running, farther than I ever have before, all the way to my father's shop. I walk in and tell him "I ran here." He doesn't believe me. He asks if he should call mom to come pick me up. I tell him I'm running home.

Four years go by and I find myself in a park behind my dorm, my best friend timing me with a stop watch we just bought from Target. I'm wearing running "shoes" that I also bought at Target, but they feel more like over-complicated slippers than genuine athletic apparel. Maybe the $8 price tag has something to do with that. With each heel strike the soles bounce in an unstable, uncontrollable sort of way; it's closer to going for a ride than running. It doesn't matter, the years haven't been kind to me: knee problems and depression have added about 40 pounds to my body. I wasted college and this is my final push to feel like I did something worthwhile at my time here. But it's for naught. In less than a week I'll give up entirely on the idea of salvaging my collegehood.

I slip further into the void of depression; six years pass. 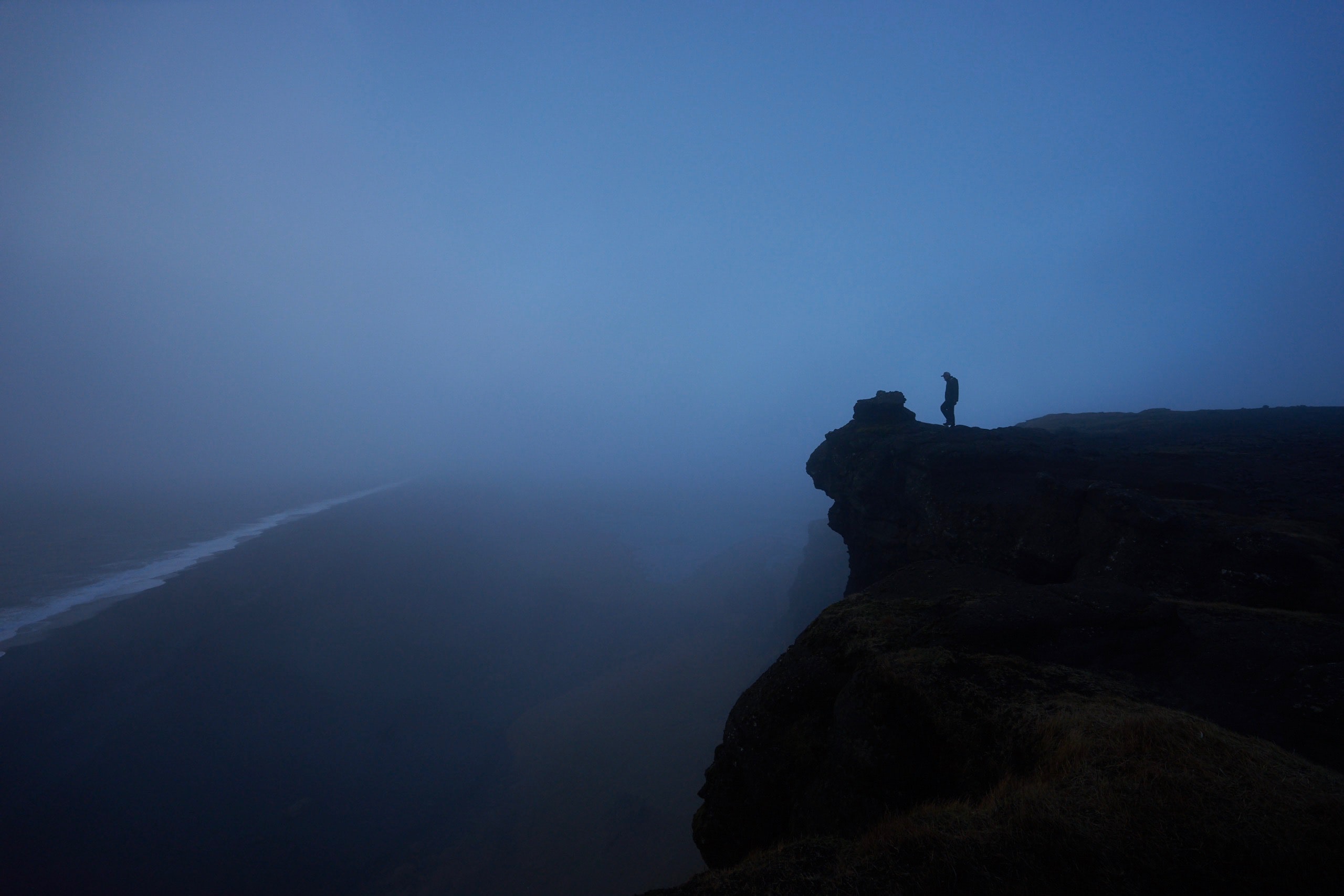 With the aid of oversimplification, I climb out of the void and find myself in Florida. One of my all-time favorite artists has returned from a nine year retirement to play at a punk festival and I somehow convinced my girlfriend to come with me. We're staying in a hotel and she's having a cluster headache. I tell her I'll see if the front desk has any aspirin. The front desk tells me that they don't have any but there's a gas station down the road a bit that has a convenience store.

Without much thought I take off running out of the hotel, heading towards the gas station. It's dark and the road is narrow with no sidewalk, so I run against traffic and jump into the woods to the side of the road the few times a car approaches. I'm sweaty but not gasping for air. I get to the gas station and take a beat to fully recover before entering the store, buying the aspirin, and then running back to the hotel. "You ran to the gas station?" my girlfriend asks, confused but grateful.

The snow is falling hard now and I'm decked out in new cold-weather gear; fleece-lined pants, fleece-lined jacket over a long-sleeve shirt over a short-sleeve shirt, gloves, hat, buff covering my face. With windchill it's supposed to feel like it's -9 degrees outside right now, but I'm out running through the 'burbs, the sky completely greyed over and frozen solid, my feet cautiously pitter-pattering each step, trying to keep my legs under my body as much as possible to avoid a slip and fall.

I run for a year. I run a local 10k race on the streets. I run a local 10K race on trails. I do well in both of the races; better than I was expecting. My body is doing things it never could before; I'm pounding out 20 mile days and 50 mile weeks. Everything about my life is different now, running has become my primary hobby and it's the main factor in how I structure my days and weeks. I find myself having dreams about running, some good and some bad. It's not always easy to determine if you hate running or love it, whether subconsciously or when asked directly by a good friend or family member.

Sawubona! I'm in Capetown, South Africa. I'm running along the paved pathway above the beach. Dozens of runners, walkers, cyclists, skateboarders, dog-walkers pass by in as many different directions. The sun shines, the air is breezy and cool, the weather perfect, everyone seems to be enjoying the same experience of movement within a space. This is the closest thing to a community run that I've ever experienced. I gut out a 5K distance despite being a month or two out of shape and being jet-lagged from a 17 hour flight. I take an awkward looking picture of myself with the Atlantic behind me. I take a while to sit and enjoy the weather, the view, the people, and the luxury and privilege of being able to just up and go to a completely different continent. 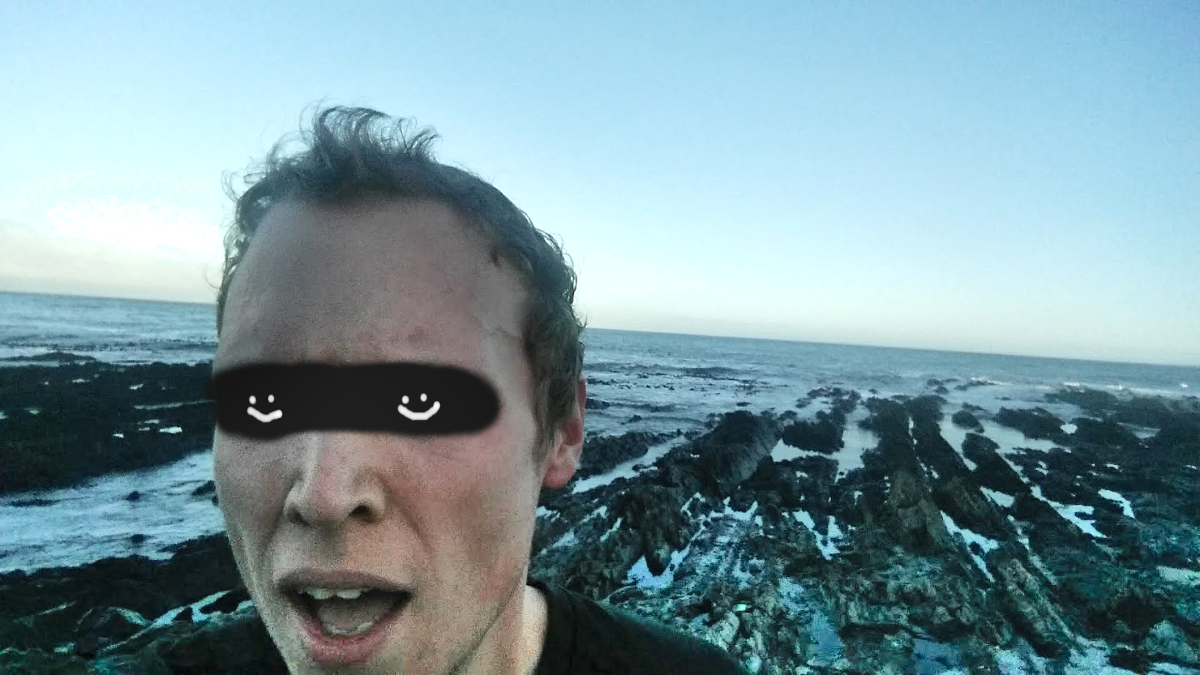 And now I'm back in Jersey, attempting my first ultra race. It's early, it's cold, and the water stations are basically handing out ice blocks in the shape of water bottles. I'm running hard and fast, up and down hills, over roots and logs, balancing on rocks and narrowly passing people as they slow down. I blow myself out completely in the first 20 miles of the day, running too fast and forgetting to drink or eat anything the entire time. My body is slowly failing, it's getting harder to keep going with each step. I trip on a rock and completely eat shit, falling end over and end and rolling onto my back. My will drains out of me completely. I get back up and start walking forward, not wanting to quit. My legs start to seize up, my quads are on fire and it's hard to walk. I sit down on a log, my face covered in salt from my sweat drying on my face for the past few hours. My legs spasm uncontrollably before settling down into a deep state of feeling like they are lead sculptures. My race is over. I walk back through various paths, it takes me over an hour to get back to the starting line. I let the organizers know that I'm a "DNF" - did not finish, and I thank them for the event and head back to my car to cry from the disappointment in myself. And to eat a Clifbar or two.

I'm home and I'm locked down, running on my new treadmill because the world is slowly crumbling and I don't know if people are safe to be around anymore. It's beautiful outside, something like 75 degrees but I'm here hovering over a spinning belt between every other foot. My pace is slower than usual and even still, I feel overworked and I'm sweating like crazy. When I step off after only a few miles, the ground feels like it wants to keep moving under my feet, a physiological glitch from running in place while pretending that I'm not. This ain't running but it's the best alternative.

Right now "best alternative" is just about all we can do. So grab hold of what you can and keep throwing one foot in front of the other. Maybe we'll pass each other and exchange tiny waves whenever I get the guts to run outside again.