Yeah but I Pledged to Stop Running the Faucet When I Brush My Teeth, so I'm Doing My Part

I started to feel this heavy, looming dread about the environment yesterday. This is kind of common at this point for anyone who accepts that climate change is real, most especially for those of us who are environmentalists. Or at least those of us who pretend to be environmentalists on TV. I think I could do a lot more personally, so I have trouble labeling myself as "environmentalist" specifically. I feel like that title belongs to someone actually effecting change in the world. Inspiring others to join the cause. Fighting against the greedy fuck corporations that got us into this doomzone that everyone either pretends they don't know about or just can't be bothered to give a shit about because "Game of Thrones is ending and that's my world right now, bro." I do a decent job of avoiding waste, and I read a lot about environmental issues and developments, but so far that's as far as my reach goes.

Climate change is real, it's happening in front of our eyes, it's fueled by the rhetoric of companies that see growth as a mandatory state of their being; they must grow. Year after year. Growth is what really matters. If you didn't grow by X percent this year you have failed. When every company has this mindset, you wonder when the borders of one another will bump sides and pretty soon you have Starbucks and Dupont duking it out over some rural valley in North Carolina for control over a local waterway. It sounds dystopic and fake, but it's a lot more real than people realize. Just like climate change. And the slow increase of our worldly thermostat ever higher, half a degree marker at a time. Growth requires things to feed the growth. This universally means depleting the Earth of the shit it actually needs to stay healthy for the sake of selling more smartphones.

This isn't an essay about recycling. Recycling basically doesn't work. For it to be effective it takes a ton of upfront effort from the consumer, most of whom think they're doing enough by throwing all their "recyclables" into the same big bin and having the pickup come twice a month for it. Where it goes after that, who knows? I did my part, I put it in the special bin. Problem solved. I also gave up plastic straws recently. I'm doing my part. I'm something of an "eco-rebel" haha.

The waste hierarchy, or more specifically the little triangle of arrows pointing at one another that represents "recycling" is actually about prevention more than anything. "Reduce, Reuse, Recycle" is the commonly known phrase. Notice how recycle comes in third place out of three fucking spots? Dude couldn't even beat "reuse." Recycling sucks. Fuck recycling. Let's assume, for sake of argument and because in reality it's probably more realistic, that recycling doesn't work. At all. Let's assume that if you can't see your waste being physically sorted and processed and then created into new, viable materials, then you don't know it actually happened. So recycling doesn't exist anymore.You can't recycle anything now. 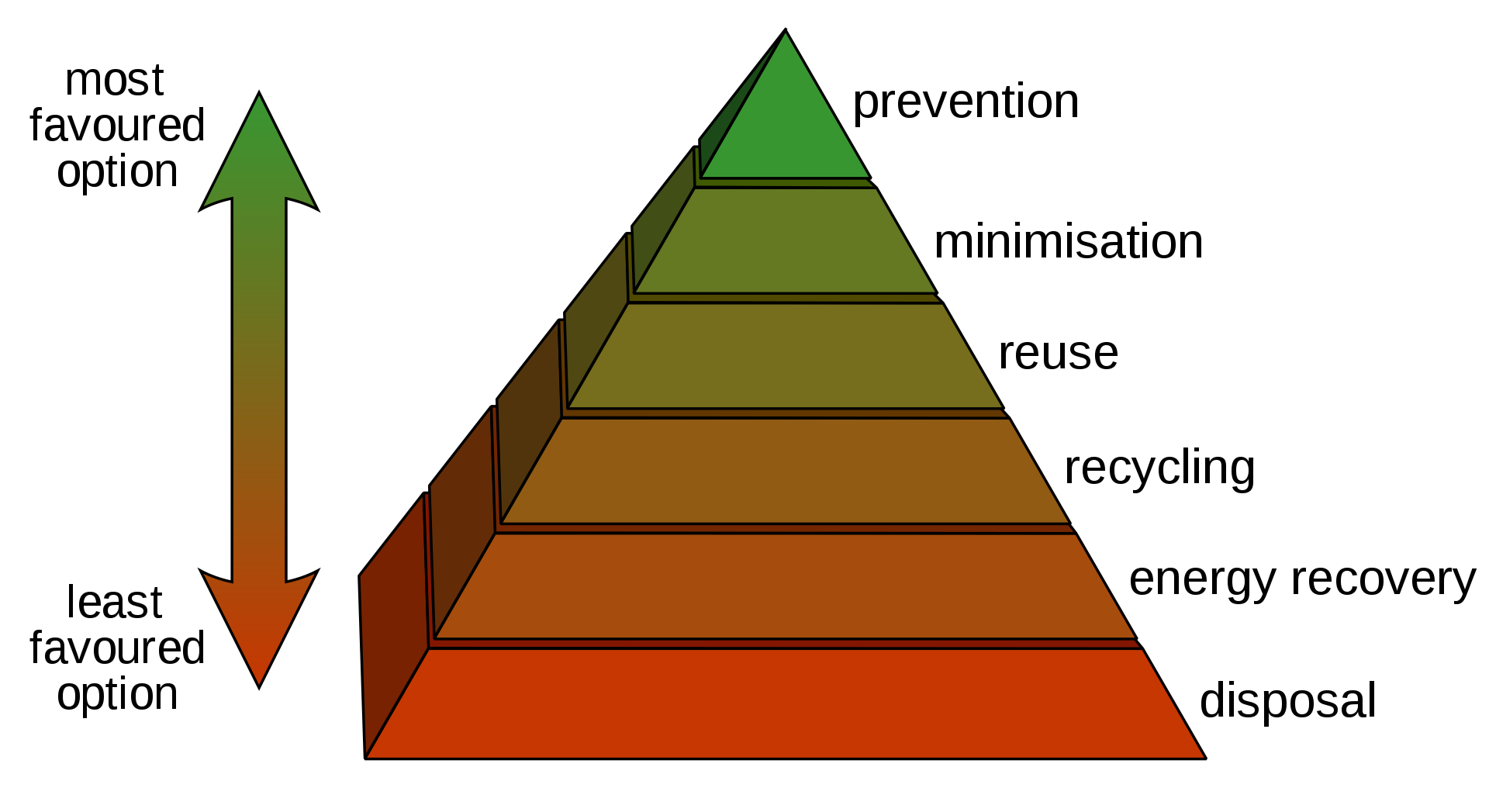 Let's also assume, in this weird boring hell world I've now put you in, that anything you purchase you have to keep forever. I've trapped you in a one bedroom in Jersey City, and whatever you buy is yours forever now, you can't throw it out. It will just stay in your apartment for the next 50 years until you die from a heart attack at the office.

It might not dawn on you immediately, but pretty quickly at some point you'd realize "hey, these frozen pizzas are tasty and all but they leave behind a good deal of cardboard packaging which just kinda hangs out in my apartment now. I re-use the cardboard as plates and stuff but that only lasts a few times. Now I just have soggy, moldy, food-juice covered cardboard stacked in the corner. There's also just like tons of plastic film everywhere that I can't reuse at all. I guess I should stop buying these pizzas, huh?"

And this would happen for like everything you buy. If you literally could not dispose of any of the non-food parts of your food, you'd stop buying non-food things. Bye bye Clif bars and sodas and beers and Doritos and bottled smoothies and like...shit what would you even eat?

Produce doesn't really come in packaging. Sure, you can find it in packaging; raspberries always come in those little plastic containers. But the majority of fruits and veggies at a supermarket is just like, loose. Hey, there's an apple. It's just an apple, just hangin' out. Cool. Whatever you don't eat of said apple, you toss into a pile. You start to do that with all your food scraps. You box it off in the corner of your one bedroom helltrap world. You add some water, and some leaves, and you mix it around daily. You have just created a compost pile. All your food waste breaks down. you now have vital nutrients to grow new plants.

So you actually do start growing stuff. You rip apart your kitchen table and create a planter out of it. You put a bunch of potato eye pieces into it and start growing your own potatoes. You germinate seeds you saved from a hot pepper and plant them after they sprout. You've got squash just like, fuckin' everywhere. Your one bedroom apartment is like a little garbage farm now. You stop going to work, focusing instead on maximizing the output of your one bedroom farmland. You haven't generated any new waste in three weeks. You're starting to look like an environmentalist, just a little bit. You certainly smell like one.

I'm not saying you have to get trapped in your apartment and start tearing it apart and converting it into a planter-riddled miniature farm. Most people won't even tear off the labels and the packing tape from their latest Amazon package so the box can be recycled. But maybe think about how much garbage you create in a day, and figure out how to get that number closer to zero. Then we'll talk. I'll be here, trapped in my one bedroom apartment farm in the meantime.