Thoughts on Doing More or Less

I read a lot of think-piecey type of articles about climate change and what we can do about it. A lot of folks seem to be waiting for a technological breakthrough of some kind; namely the idea that we will engineer a carbon scrubber that works on a massive scale to remove carbon from the atmosphere. Despite the fact that nothing on a scale larger enough, or quantities on a count high enough have been made, people seem to miss the point that none of this tech exists in a bubble. Creation and installation of virtually every scrubber technology that currently exists has a huge cost both financially and environmentally. Installing scrubbers in power plants increases power consumption overall by over 50%. Metals need to be used on a scale that exceeds the current availability of said metals. Let's mine more, no problem with mining, right? We can just more-carbon our carbon problems, right?

To create and use a stupid analogy; someone tells you that you eat too many bananas. Your doctor says, "Hey you should let up on the 'nanners, Ted. You're poisoning yourself very slowly. Stop eating 'em." And so you decide to create a new food of your own, a sort of mash of a bunch of fruits and veggies, but it's still 50% bananas. Doc says "uhh...that's good and all Teddy, you're eating less bananas. But like, dude, you're still eating them. Just stop." And you go to Shoprite that night and you buy fucking 50 bunches of bananas and you sit there in front of your TV watching Stranger Things and you peel banana after banana and huck them into a five gallon bucket one after another until you've peeled all of them and the weight is starting to crush and mash the bottom layer of bananas and you sit there, dead-eyed and unthinking, shoveling heaps of banana into your face.

So that is roughly how we're treating the environment by saying, magically, "oh yeah, we'll just technologically fix this, somehow."

The answer of course is to reduce. And not reduce in some trendy or fun way, either. Plastic straws and tupperware ain't gonna fix this problem. We'd need to like, revert back to pre-industrial living. It's not possible, I know. It won't happen, I know. It's fruitless, we're doomed, people are gonna fucking die, I know. I know.

It's easy to feel hopeless. Truly, totally deflated. What can one person do anyway? You can only account for so much carbon by yourself. Even if you died, and therefore stopped all the carbon forces that account for your existence, it's a drop in the shit bucket of the planet. We need a lot of drops to get the shit bucket all the way full. So what do you do? How do you combat this feeling of a slow-burning dystopia? What easy life hack can we all do to turn the wheel the other way and start saving our one beautiful planet?

I bought a bike very recently. Never owned a bike as an adult before. According to the Keith Group, me riding my bike to Shoprite to buy 50 bunches of bananas uses 87% less carbon than driving my car. That's pretty rad. I have a daydream of myself where I'm this really cool dude who only rides my bike everywhere and just totally ditches the car. The reason this won't happen though is because I'm a big ol' fraidy cat of other drivers. More and more lately I've hated driving, mainly for the fact that I have to drive with other humans. I'm not saying I'm a great driver, I'm a horrible driver. But that's the point. Most people are terrible at driving. There are no bike lanes in my town, or nearby towns, there might not be any in my fucking county for all I know. When I drive somewhere, I almost always take some kind of highway where it'd be illegal to ride my bike. For the time being I'm riding my bike anywhere I can that has a sidewalk. Since we have no bike lanes here, I view the sidewalk as my bike lane. Feels a lot safer than riding in the street and just hoping that every single driver who would pass me happens to see me and isn't texting or eating or doing their taxes or whatever the fuck people do while driving instead of just, ya know, driving. 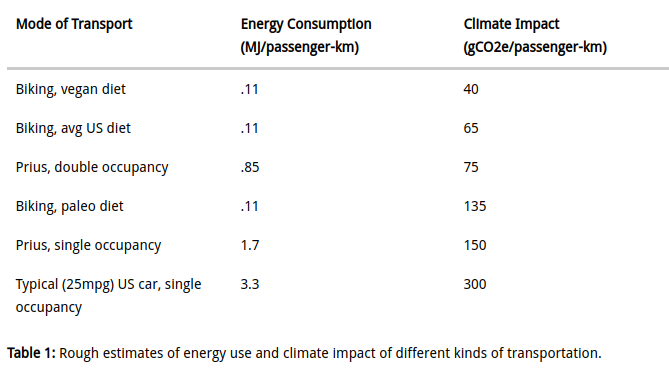 I spend a lot of time on Reddit, still. What an asshole. I forget when, maybe it was at the beginning of 2019, but sometime this year I gave up Reddit. It went really well actually. It was a multi-prong change in how I used the internet overall. Didn't go on Reddit at all, for anything. Got my news from NPR's Up First because it was succinct and gave me all the sort of "talking point news" I felt like I would be missing out on if I didn't get in through osmosis via Reddit. I set up a bunch of climate change/nature/science blogs on a feed reader and would read through those articles every day to get, what I felt, was "smart news" type of shit. I'm not smart, so I don't know why I thought that. But I did. Also set up a feed for a very select few of Youtube accounts. Youtube, itself, sucks. Have you ever gone onto the frontpage of Youtube and just felt like you keep getting the same like 15 videos recommended to you over and over in a horrible spiral and there's no way to really see other shit that's out there? That's the fun of the algorithm! I hate it. If you set up a feed for only specific channels, you'll only see new stuff from those channels when they get posted. No distraction, no temptation. No bullshit. Anyway - somewhere along the line I started going back on Reddit again and all my surfing habits got all fucked up again back to square one. I'd like to get back off that shit again, immediately.

I preach to be zero-waste but shit, I ain't perfect. Some days I'm just like "dude, I need to eat some fucking chocolate chip cookies RIGHT NOW." And it just so happens that Whole Foods has 16-packs of vegan chocolate chip cookies inside of a plastic PETE-1 tub. You better believe I'm gonna buy that shit, eat all of them, feel horrible, and throw the plastic tub into the recycling bin and pretend like everything is fine. Zero waste is a practice. Practice makes perfect. You'll never be perfect. Do what you can, as much as you can, as often as you can. But you ain't gonna be perfect. This sounds hypocritical, sure. It probably is. I kinda think just being alive is basically hypocritical at this point. You being alive means you're causing damage to the Earth. It's just that simple. But the people who are calling out folks for being hypocrites because they drive a car or they drank a beer from a can or they ordered a pizza or whatever...those folks probably aren't doing a whole lot themselves. Focus on you. You have plenty more you can do. That's me, talking into the mirror.

While I was looking up something just now, I opened a new tab and went to Reddit, "just to check stuff out" I said in my head. For real, time to get the fuck off that garbage shit.

I started guerrilla composting. We were dropping off our food scraps to a nearby friend who has a full-on organic garden in their backyard and already composts their own food scraps. It got kind of annoying to haul it over to their place weekly, and we were freezing our scraps throughout the week so that our little container of scraps didn't start to smell really bad by the end of the week, or if we didn't create enough scraps throughout the week we didn't have to keep the pile going for two weeks, or take over a tiny amount and have it feel like the trip wasn't worth it. There was also an issue of moisture in the compost and so eventually I said fuck it, bought a $7 plastic bin, drilled some ventilation holes in it, and placed it inconspicuously on the side of a giant parking area for an abandoned building nearby where I live. A lot of folks just park there personal cars in the lot since the building itself has not been in use for at least the 3+ years I've lived at my apartment. I didn't think it was a big deal to plop down a 35 gallon bin and mix leaves and food leftovers in it. Hopefully it actually works and creates compost and my nosey fuck neighbors don't act weird about it. We'll see. It's been about 2 months I think so far.

We've started buying about half of our groceries from an organic farm in NY. The farm is about 50 miles away from my apartment. We go to a nearby farmer's market on Sundays, the farm is one of the vendors at the market, and buy everything there. It sucks because a lot of driving happens just to get veggies and fruit, ya know? And because it's not even all our food for the week, we still end up going to Whole Feeds to feed the machine. But we're trying. Now that we're aware of it we're trying to increase the amount of food we buy from the farm itself to make up a bigger pecentage of our weekly food. As such, we end up trying new veggies, making new dishes, and thinking about food in new ways. That kind of small shit seems intuitive but until you force yourself out of your regular pattern you'll never actually do it, so I'm happy for a small victory there. The ideal situation is I bike to a farm directly to buy 100% of my fruit and veg for the week, and then bike back home. Figuring out how to get closer and closer to that point is the current objective.

There's more stuff I could talk about but at the moment I just got really hot for some reason so I'm gonna have some water and do something more productive with myself.